Ever wanted to create your own cute monster character but didn't know where to start? Lost on what aesthetics they should have, what face details or hairstyle they could wear? Well, Monster Girl Maker could help you with those worries!

Monster Girl Maker is a character creator where you can design a variety of portraits using over 800 different parts; skin, eyes, mouth, eyebrows, hair, accessories & clothes.

Viewing most recent comments · Next page · Last page
I like flowers..😊1 hour ago

Ok but you can't convince me that they are not pretty, Like she's so fucking gorgeous

how my itchio looks

how my itchio looks with both of our itchios

My itch.io with your itch.io that has our itch.ios 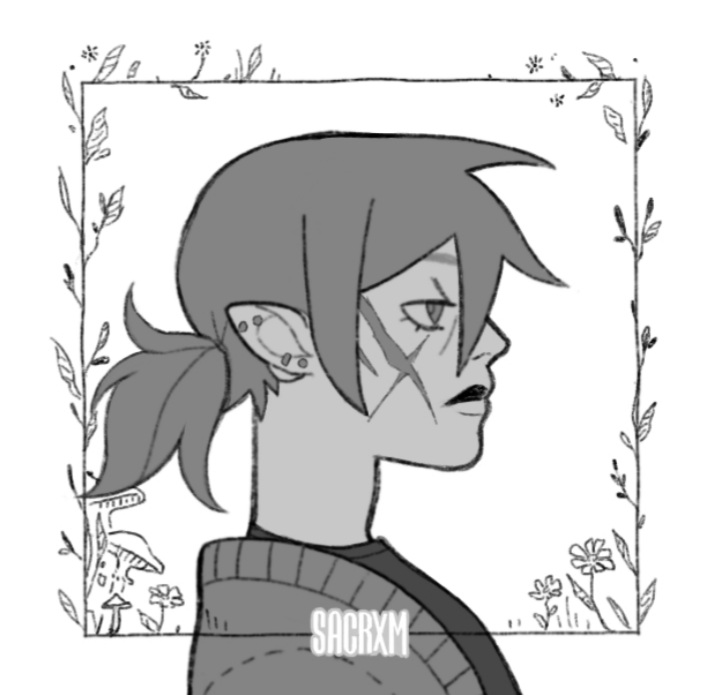 Hair length: down to his shoulders

Sense of style: lots of t shirts under flannels and sweaters an just any pants :/ also he wears this one pair of boots for everything, even fancy events

He was a shelf stocker throughout highschool and after college he became a cop... then quit after a couple years on the force and hates cops now lmfao

Family: Abigail Polanski; adopted daughter (because he would never and i quote "fuck a woman even if it was for a kid") he has no contact with his parents

THIS IS HIS DAUGHTER 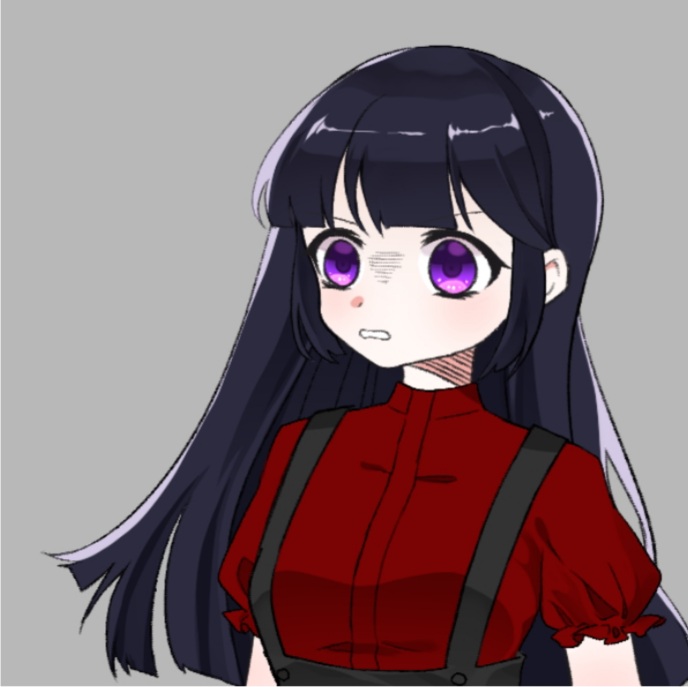 She's fifteen and he adopted her when she was ten

But bold of you to assume he hasn't already

we got missouri and misery

fun facts about my ocs

and thats part one :)

your all really sleeping :)

Hmp I can use big words too

Imma do some gasconading

I has a Spotify playlist called "Songs that fit my personality" and my acc is called M00nbby- if ya wanna give it a listen then. Uh. There.. ALSO I'M NOT PROMISCUOUS IT'S JUST A SONG ON THERE

you talking about careless or sex

Cause there are two meaning to the word

Wait why am I asking a shit question :/

I’m guessing your talking about careless

OOO UH i have a playlist too

Its called "musics" and my account name is tobi [cool] 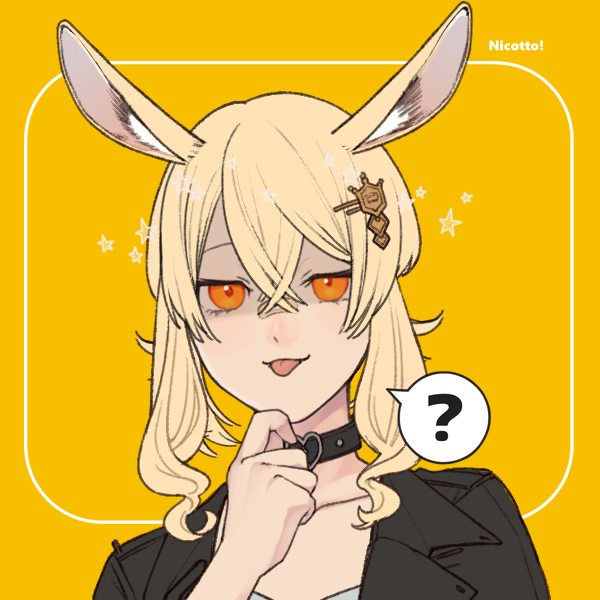 well hello there might I interest you in a Mae? 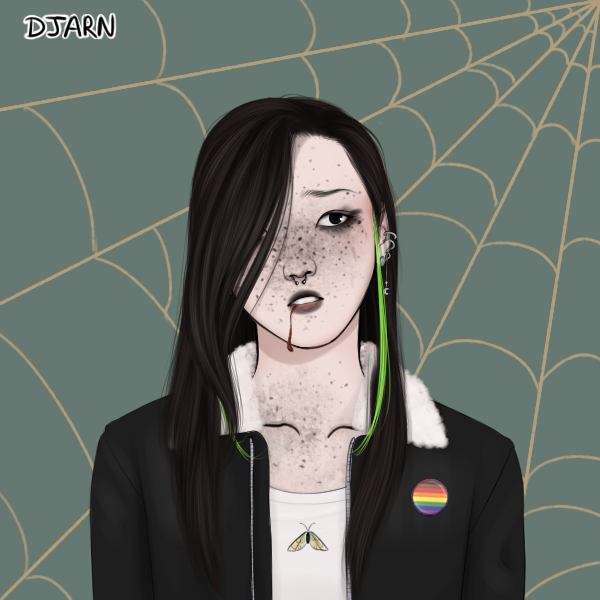 U have gotten my interest

Wait u don’t have to answer that

They do I SWEAR THEY DO-

New upside down is men

Reply
Iv is here9 hours ago

My sister isnt active on here  anymore she delited this app on her phone so uhm.. she gave phone to me and I found this?? she didnt really  had friends here hehe but yeah.

Anyone wanna rp with Lino? 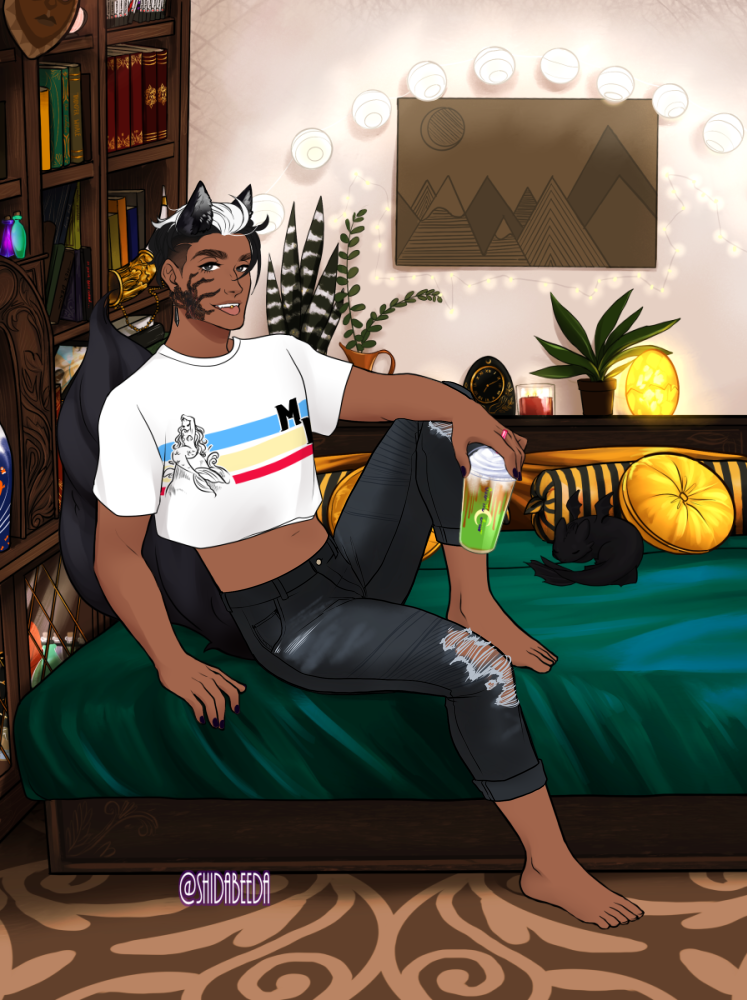 Scars/Birthmarks/Distinguishing Markings: has a scar from playing to roughly with his brother

Guilty Pleasure(s): having his spider crawl all over him

Birthplace: some forest in Massachusetts

Job: works at a clothing shop

Family: Has a brother

Other notable relationships (If any): his pet spider,Kaminski

OH-WELL HELLO THERE! CAN I INTEREST YOU IN A FELLOW MURDER PUPPI?

HERE HAVE A SOFT BOI- 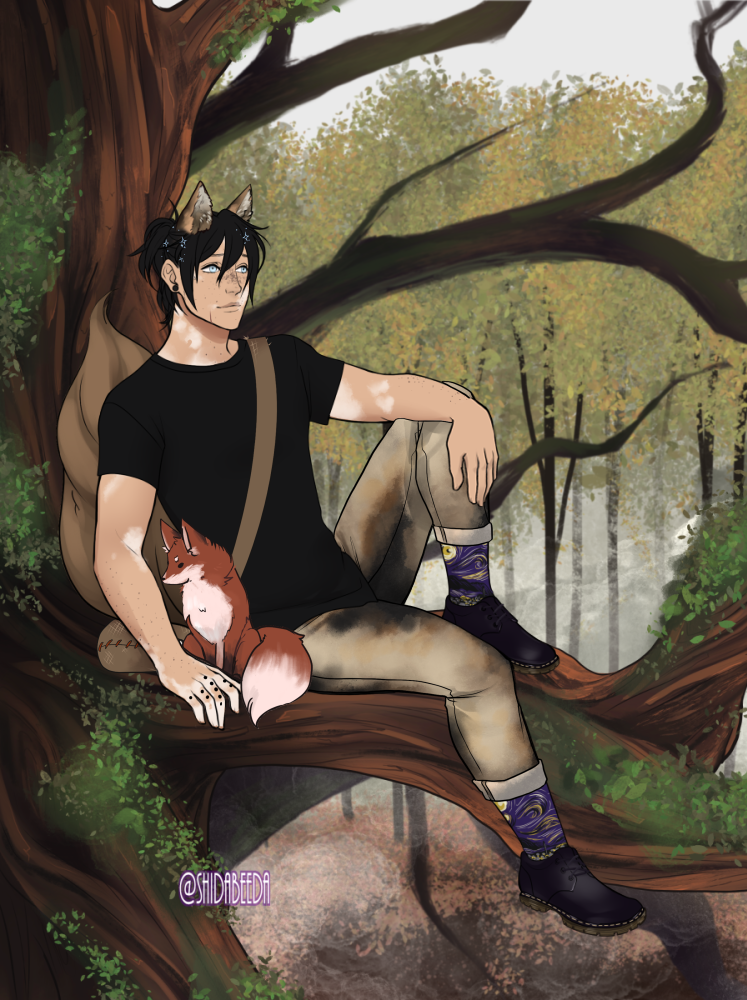 OKI YOU CAN START

Darcy was sitting in a tree in the woods, talking to a fox.

Ok ok- so I made this elf girl thingy :p and I guess I'm gonna make up random details about her. 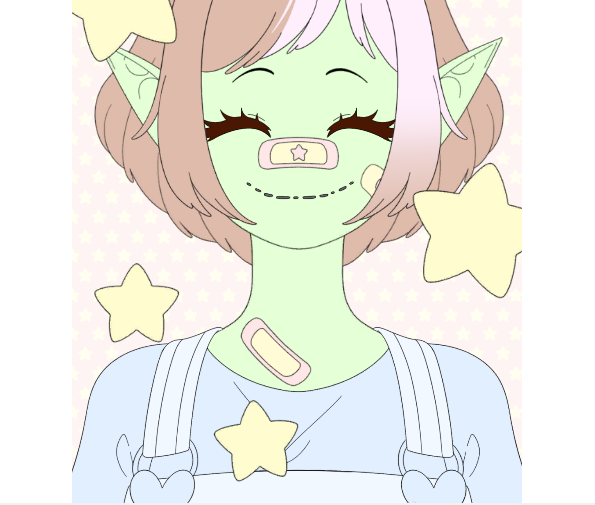 why am I fucking obsessed with this song

Idk if it’s blocked for y’all but

yeah I had fun drawing lawkins in a cat onesie

And that’s a bad habit but not my primary one

Its actually me looking up feminine anatomy:/

(I have recreated my sims in picrew for convenience) 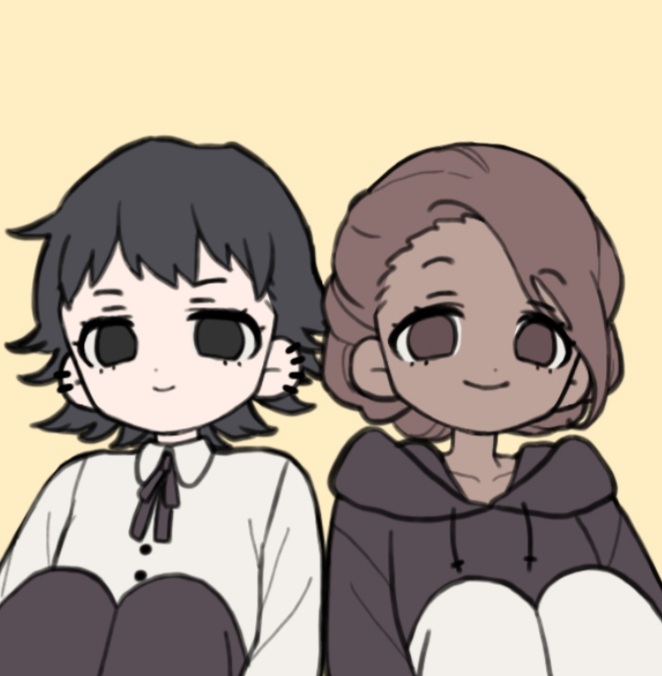 Thid is they mom an stepmom, mom is on the right an her name is diana lofton, her job is an athlete but she isn't currently going to work because she's on maternity leave and step mom is on the left, her name is imani and she's a nurse 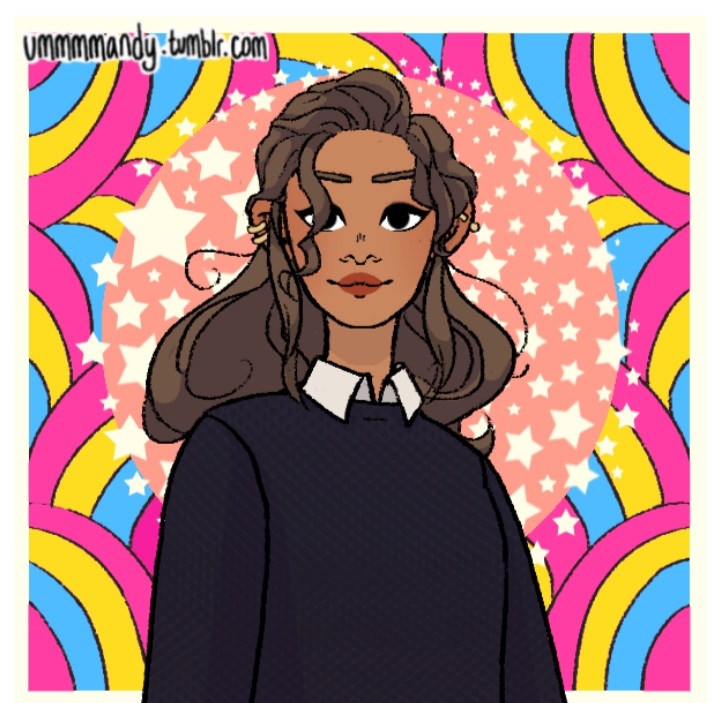 Thid is diana's oldest daughter; chloe she's a young adult and currently doesn't have a job, she's a very smort girl and doesn't like conflicts 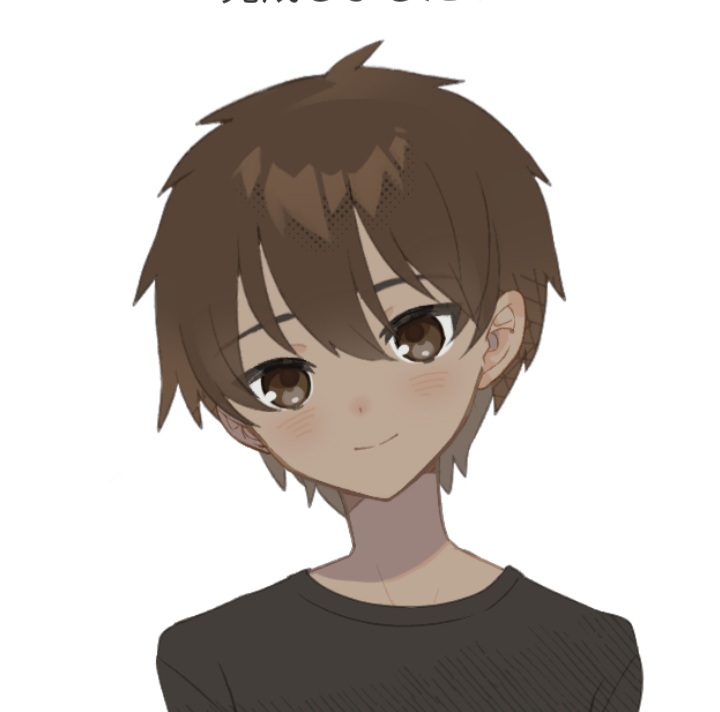 This is dianas only son, niko he's almost a teen (his birthday is in a couple of days) and hes in llama scouts 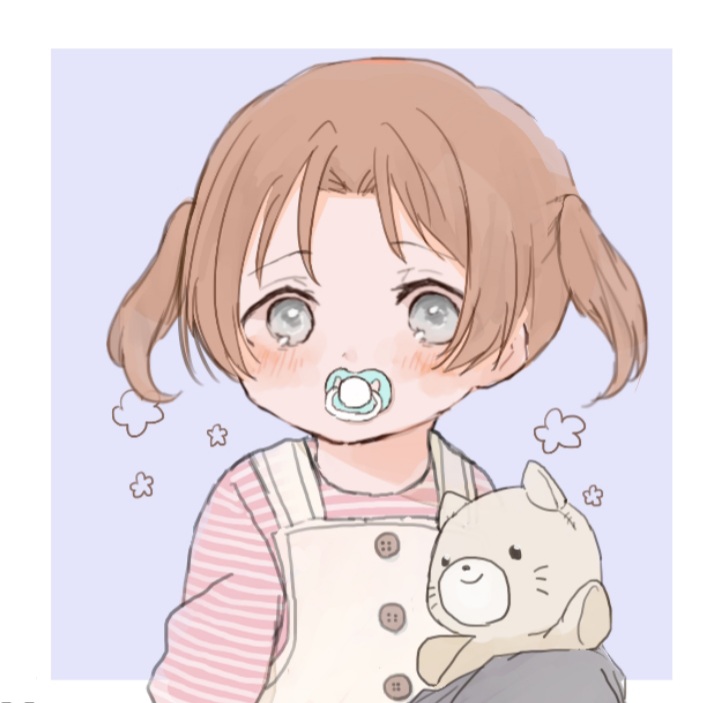 An this is diana and imani's daughter katie, she's a toddler.

So this is basically everything thats happened so far,

Back when chloe was 8 and niko was 5 their dad died so diana moved the family into her mother's house, not much happened and they just lived out their normal livees, diana would go to work and grandma (i forgot her name) would stay home and care for niko and chloe (when chloe wasn't at school) life was good, one day chloe brought home a friend from school, and soon they'd hang out every day eventually that caused diana to meet this girl's mom... and who was that mom you may ask? it was.. her future wife (imani) after multiple playdates and such imani and diana fell in love :) and everything was peaceful until it wasn't, it was a couple days before chloe's birthday and she was going to age up into a teen and....... diana's mom fuckin dies it was a very sad day, shortly after niko and chloe age up and diana and imani get engaged, but.... imani has a secrut

Imani has... a......secret.....lover DUN DUN DUN, she and hailey (the saide ho) meet in the magic realm a place where imani knows diana will never find out ....little does she know diana knows alll about hailey diana was planning on breaking off the engagement until..... she finds out she's pregnant... with imanis baby :0 diana decides to go through with the wedding and tell imani the newss afterwards (that she does) imani is so happy and realizes that she can't be going behind her new wifes back and she and hailey become rivals for a while they were a happy family until.....

Chloe met someone, not any someone she met this guy whos name i can't remember And he's a real jerk to everyone except chloe and diana, even though chloe and him aren't official chloe has fallen head over heels for this man an is going to ask him out soon (whenever i play next)

And that's basically everything thats happened up until this point

i did in fact

The person who made dis isn't active on here anymore :/

hat of the pirate 🏴‍☠️

Help me get motivation to complete shard keeping

THINK ABOUT HOW PROUD YOU'LL BE WHEN YOU FINISH, YOU'LL BE ABLE TO SAY

HEY I DID THAT AND IM PROUD OF IT

IT GUNNA FEEL SO AMAZING YOU GOTS THIS

I just need my school computer to charge

In the meantime I’ll be brainstorming ideas for chapters

And..IM GETTING A CHICKEN THIS SUMMER

lol if u need to make someone you can

why do I need to bring this up

Person bellow me tried bringing it up

If you don’t know what I’m talking about

I did in fact called the popo

I obtained her gmail

Not any gmail but a school email

I’m smart when it comes to things like this

Stop asking because it’s been solved person bellow me 👇🏽

GUYSSSS I’M CRYING! ROBLOX DELETED MY ACCOUNT FOR NO REASON AND I DONT KNOW WHY.... 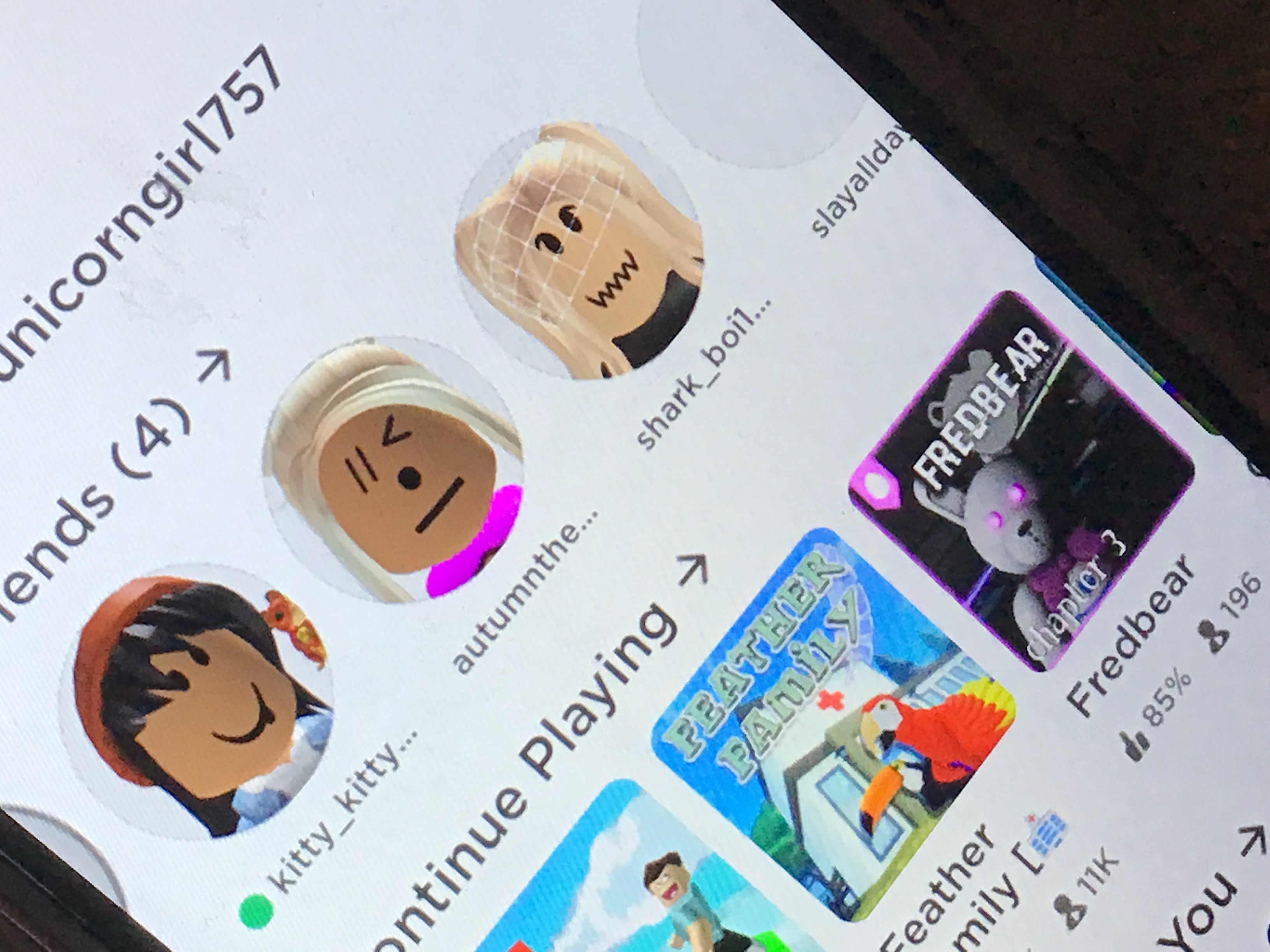 im really sorry that happened, can you contact them?

If villain bad, why so hot?

If villain bad, why so relatable?

If villain bad, why more in depth than hero?

If villain bad, why sad backstory?

If villain bad, why hero so annoying?

If villain bad, why treat love interest so nicely?

If villain bad, why same trauma as me?

If villain bad, why so interesting?

Then why did the burn down the orphanage-

Reply
STEVE IS BACK BABY🆖1 day ago

i just mad her a friend

also in need of a name 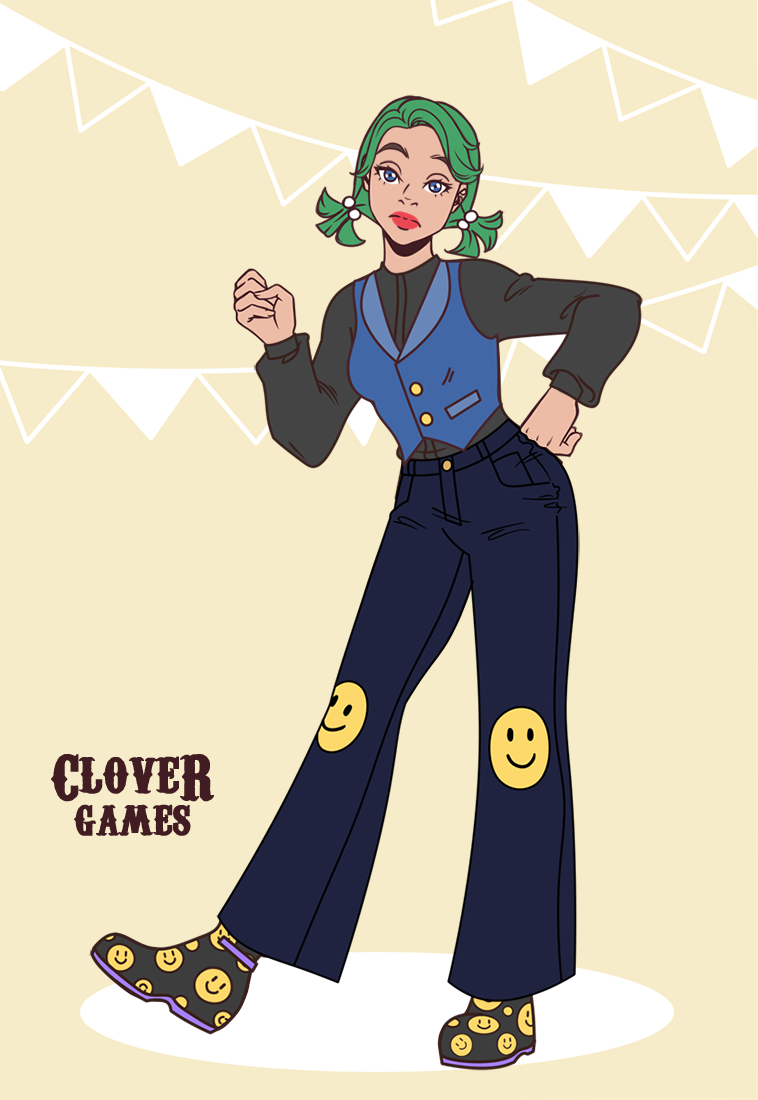 Imm call the red one crimson an the green one jade

Tank you for the names

They should both be named after gemstones! Garnet and Jade!

Imm gunna use jade an crimson

reason number 1 why hello happy world is the cutest band 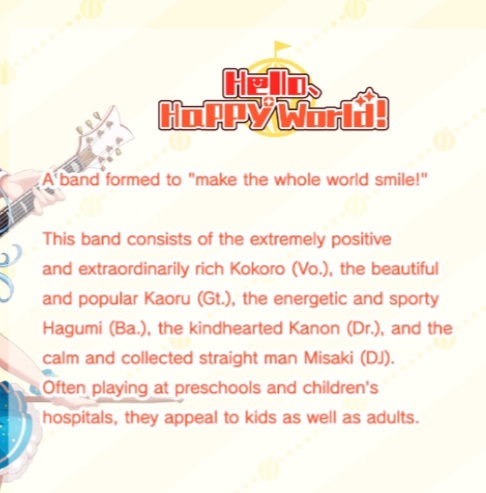 I LOVE IT ALREADY DON'T NEED TO CONVINCE ME

THEY ARE THE BEST

Wow they can make me smile :O

NOTHING IS IMPOSSIBLE IF YOU'RE HELLO HAPPY WORLD

I stubbed my toe at the end of the haul

Can’t even make a call

I try to scream on top of my lungs

Voice is drerey can’t sing at all

Ask for help no one came for help

I beg and whine

Most of my time

But yet they said “oh I’ll be fine”

Something goes on repeat

This poem is long

This poem is feared

Now I am done

Even thought I'm very late for the thingy..but uh yeah..

I’m back on the bus

SOMEONE COMAPRED THE MUSIC CIDEO FOR SADISTIC MUSIC FACTORY (the vocaloid song) TO SOMETHING FROM SUPER MARIO.

Am I that scary

Fears us? I'm his right hand man. I might even take over.

Yeah bro the demons be chill. They let me torcher people with them. Man the screams of agony. Never get tired of it. In act I'm the closest person to Satan. I think I might get rid of him and take the throne myself. But I don't know. You think it's a good idea or should I hold back?

well at 8 I'll wake up and get ready then at 9 I'm going on a hike with my friend and our mums, then at like 10 I'll be staying home while my sister and my mum go look for a dress and that's all I know that's gonna happen OH! And my sister is gonna be going on a picnic with her friend so imma have a lot of freedom home by myself

yea please dont do that.

I would have been an Aunty :(

what apps do you guys use to draw?

why do i pronounse rp like air p ahahahah